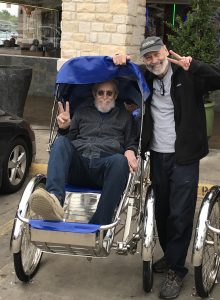 Jeff and I met in Infantry Training Regiment (ITR) in 1965. We went through ITR, weapons school (he was in rockets, I was in machine guns), a holding company at Camp Pendleton, landing force training with the 26th Marines, the sea voyage from Long Beach to the Philippines (Olongapo – hell yes!) and on to Vietnam. In VN we fought together at the DMZ, near Dodge City, and elsewhere in I Corps – life on the edge. After the war we lived together in Dallas and Carson City. Ultimately we went different directions, but stayed connected. In later years we went backpacking and to festivals together. He stayed with me when Leslie died. 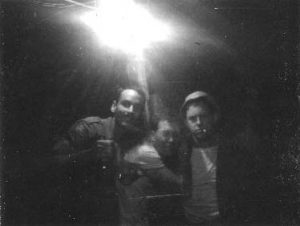 He was visiting me in Dallas a couple days of ago. Hanging out, the usual. We told war stories – checking one another’s memories, filling in the blanks. I was thinking he tells more stories than I, for which I am profoundly grateful. But yeah, I have memories. Like when the rocket hit right beside the tank driver’s head. To me, it looked like a radio exploding. Later, after the fighting stopped, I helped pull the driver’s body up through the hatch. His head had been blown off from his upper teeth up; you could see his bottom teeth in all the blood kind of like looking up at us when we pulled him up out of the tank. I got his .45 to replace the one I’d been issued and then sold.

It had already been pretty horrible, “like Tarawa” some old-timer journalist said close to the edge of battle, and I thought, not really like Tarawa, but Fuckin-A anyway. 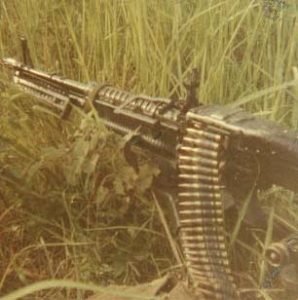 It was a 4-5 day battle. Balls to the wall all the way. When we got to what passed for the rear, the tanks circled up and everyone in our infantry company just fell out on the ground, sleeping wherever we hit the deck. In the morning I remember seeing all that was left of 1st squad guns spooned together under one poncho. Three men of the original 10.

I remember one of the guys who had been shot in the chest, lying there on his back, all white from death and no blood left. The round that killed him had punched through the Bible he was carrying in his chest pocket. I remember someone going through his pockets and holding up the Bible, saying something like, “Look at this” and then tossing it to the ground. We were getting hard.

(In 2005, David and Jeff and I went to Hong Kong, Vietnam, Cambodia, and Thailand. For David, it was his first visit to Cambodia, his other homeland. For Jeff and me, it was our first time back to Vietnam since the war. Here is the travel blog for that trip.

We were on the train from Saigon to Danang. It was about an 18 hour ride in our four bunk “soft sleeper.” In the fourth bunk was a Vietnamese woman with

Girl on the train

her 3-4 year old granddaughter. In the green Vietnam morning I was in my top bunk listening to Cat Stevens.

Praise for the singing

Praise for the morning

Praise for them springing

Fresh from the world.

Someone brought rice porridge with a little meat and onion. Tabasco, I have it! We pass the bottle around. The lady digs the Tabasco. Back in my bunk. The coffee guy comes along the passageway. Café sua da – 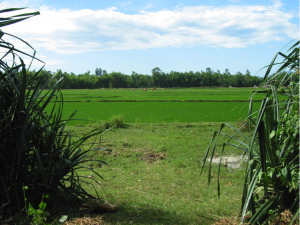 Vietnam, near “Dodge City” – in the old days, walking across the beautiful padi was very dangerous.

strong and sweet on ice. Could it be any finer than this?

The green of Vietnam, that intense green, passing by my window…

God’s re-creation of the new day.

Tears running down my cheeks. Vietnam, I’ve been loving you too long. “Whole generations of westerners who went out there as soldiers, doctors, planters, journalists … lost their hearts to these lands of the Mekong … they are places that take over a man’s soul” (Jon Swain, one of the last westerners out of Cambodia in 1975). 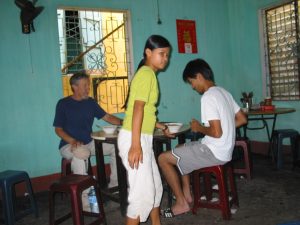