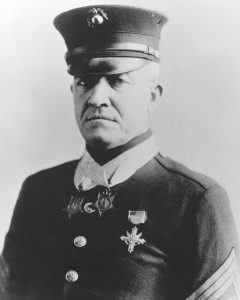 Trump says the US Marines who fought and died at Belleau Wood were “losers” and “suckers.” Here is part of what happened at Belleau Wood: In fighting beginning June 1, 1918, Marine and French forces were outnumbered by Germans. The French ordered the allies, including Marines, to fall back to a trench line. The Marines declined the order and continued to fight – Marine orders were, “Hold where you stand.” This where a captain in 5th Marines said, “Retreat? Hell, we just got here.” Over the next 26 days, United States Marines attacked the Germans six times, finally securing the woods on June 26, 1918. Marine Corps casualties numbered 9,777, including 1,811 killed in action, and buried where trump declined to visit. They were not “suckers” or “losers.”