We flew Newark to Barcelona in Delta coach. It was a seven hour flight and we were glad we’d paid extra for a little extra legroom. Aeroport bus to the center of the city, then taxi to the Air BnB where we met Gemma, the woman we were renting from She was still cleaning the apartment after previous renters, so we dropped our luggage off and walked to the nearby Cathedral Familia Sagrada, hung out in a park, had something to eat, went back to apartment and settled in.
Thursday notes: Sitting in a coffee shop near the university, soft guitar music, watching all the pretty people walking by, decent salad, good espresso, feeling good with Jean. We visited the Catedral de Barcelona (more traditional than the far-out La Familia). There were many shrines within the cathedral, some old tombs (from 1500s), and a realistic wax figure of a priest in a confessional. When I leaned in to look closer, he blinked! It was a living person, not wax – talk about startled!
We went to La Familia Sagrada, a strange edifice designed by Antonio Gaudi, the penultimate Barcelona architect. The cathedral has been under construction since 1882 and is scheduled for completion in 2026
Walked to Barrio Gotic, a maze of narrow streets, upscale shops, a whole tourist scene. Jean went into the Picasso Museum and I hung out on the streets. Got a text from Kristina, who has passed her state boards (NCLEX) – congratulations!
Walking back to our apartment and up ahead we hear chanting, cheering, lots of people. Checking it out – las feministas! Into the flow now, joining in long enough to be able to say we were there. It was a happy and intense time – yet another life bookend for me – thinking of Leslie and when she bought the early Our Bodies/Our Selves at the Whole Earth Store in Austin; how in those early days feminism seemed radical (it was, actually); how she was an avowed feminist until the end of her life; how she put her beliefs into action, working with and lifting up women all her life. We were raised in the 1950s, raised ourselves in the 1960s and now, 50 years later, in a march with Jean, another serious feminist! Fortunate me! Days later, walking through an area of Barcelona called, “El Clot,” we picked up a flyer that said, “El Clot esta FEMINISTA o no sera.” Yes! 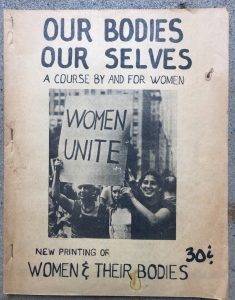 At dinner in a neighborhood-oriented tapas café we watched part of a soccer semifinals game. Barcelona won and the café erupted, as did the streets – honking, cheering, fireworks. Great fun.

On to Granada – we missed our flight, and got another flight. After several misadventures, we got to the Hotel Leo for our first night in Granada, and then moved to an apartment. The taxi to the apartment couldn’t take us all the way because of a religious parade. So we hiked quite a ways and when we were in the middle of the parade, a parade marshal let us through and we kept on hiking and hiking up narrow cobblestone streets until finally reaching our apartment at #90 San Juan de los Reyes.

The apartment was incredible. First floor entry, second floor two bedrooms and bathroom, and third floor living room, kitchen, and veranda. From the bedroom and from the veranda, there were stunning views of Alhambra. And at night, when the fortress/palace/mosque was lighted, our bed and we were bathed in the light.
Our tickets to see Alhambra were on a cold and rainy day and so there we were again, walking in misty gardens all wet with rain. Happy days. Alhambra was spectacular, though somewhat crowded. We could see our apartment across the little river running beneath the ramparts.
By now, I’d lost track of regular writing. 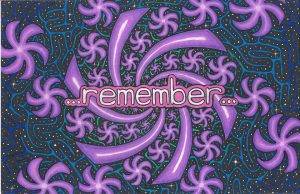 While we were traveling, we observed the date of Leslie’s passing, Leslie’s birthday, the anniversary of Jean’s husband’s passing, and Jean’s wedding anniversary – March is quite a month, grief-wise! On Leslie’s birthday, Jean asked me what time it was. I said I didn’t know and so Jean checked her phone. As she opened the phone, the time clicked over from 7:46 to 7:47 – 747 being the number of greatest meaning to Leslie. Hi Leslie! Sigh.

Leslie and Jean are different in some ways and similar in others. One profound similarity is that both of these women do something I call believing in people. And through the power of this belief (and other factors), somehow, some people are lifted up, sometimes literally saved. Once again, I ask, how can this be? How can I have ended up with these women!?

Granada was a high point of the trip: our incredible apartment and view, narrow cobblestone streets, little bus up to (what we called) hippie hill, street musicians, good food, good Spanish wine, romantic everything. I actually had not thought that Spain would be any more or less romantic than our usual life. But it was very romantic.

We rented a car in Granada and drove to Antequera and from there through the countryside to the Valle de Abdalajis, near one of the “white villages” – so-called because all the houses are painted white. The drive was beautiful, though to me (the driver), stressful because of the difficulties finding our way. But after some challenges, we found where we were spending the night – at Maggie and Elio’s house. We were able to walk into Elio’s olive tree grove – several acres of trees!

We drove up above the village for a lovely time along a deserted road. Dinner in Antequera was unusual – including an orange and salted cod salad, rabbit and garlic stew, a sausage potato and egg dish, and bread with olives and olive oil.
From the valley we drove to Cordoba, where we stayed at a hotel half a block from the entrance to la Mezquita de Cordoba. Once again, we were in narrow, cobblestone streets, sidewalk cafes, and among friendly people.

From Cordoba, we drove back to Granada, where we stayed one night at the Leo Hotel, then flew back to Barcelona. We stayed at another Air BnB in an urban neighborhood, nice, very quiet.

We walked from our apartment to El Clot, a transitional middle class and art-oriented neighborhood. Nice espresso at a nice community center, where we picked up the flyer that said, “El Clot esta FEMINISTA o no sera.” Yes! I read a few days ago that at the University of Texas approximately 1 in 7 women has been raped. The president “just grab ‘em by the pussy” of the united states is a misogynist sexual predator leading a republican party that despises women, except as sex objects – in case anyone thinks feminism isn’t an immediate issue.

I had an epiphany on a visit to the Joan Miro Museum. I was looking at large triptych titled, The Hope of a Condemned Man. I learned that “Miró painted this triptych in reference to the hope of grace as he prayed for the life of the young anarchist Salvador Puig Antich, finally executed by garotte” (from Wikipedia). I understood then that my life of seeking justice for the dispossessed and underserved could be connected to art. This mattered a lot to me, since Jean has dedicated her life to art.

Easy days and nights in Barcelona. Several wonderful dinners at a small upscale restaurant, Vivant. These are the days!