My friend, George Schools (who fought on Grenada), sent me this from his blog, My Name is Schools. Deeply touched barely touches my internal response. Thank you, George. (I added captions to George’s photos).

A BUNCH OF NAMES 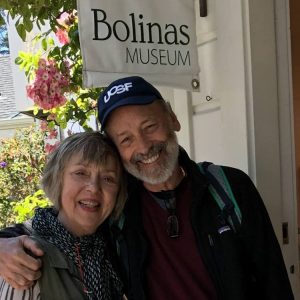 The war is over

I hesitated to send you this, but you’ve written about your experiences in Vietnam, and talked specifically about Dwight Laws (KIA 10/30/66), Lurch Donohue (KIA 03/01/67), and Jerry Georges (KIA 03/23/67) in your blog http://ckjournal.com/first-post-vietnam. I’ve read these posts uncounted times, and I probably will continue to until I die.  Everybody should.  Still, they are your memories, and that is your life, and I didn’t want to overstep the bounds.

I just returned from a family vacation to Washington, DC.  You know my family, and you know me pretty well, I think, so you know that means that when we’d seen all the sights their patience could contain, I went off on my own.  I didn’t know if you’d ever been to DC and the Vietnam Memorial, or if that was something that even interested you.  In fact, I wondered if perhaps that was something you had decided you did not want to do.  So here’s the part where I tell you to just delete all this right now, and tell me to erase it all from my hard drive if you want.  I’m totally ok with that.  They are your memories, and that is your life.

So from this point on, here’s what happened:  I knew I wanted to visit the Wall.  I knew I wanted to find the names of Dwight Laws, Lurch Donohue, and Jerry Georges and send them to you.  And I knew I needed to be there alone, even though I never knew them, the war was over two years before I graduated high school, and they were just names to me.  Three names among 58,307 names of dead Americans.  But I was thinking I could find the names of these people who are very real to you, and you are very real and alive to me, and that would help me understand what I was looking at. 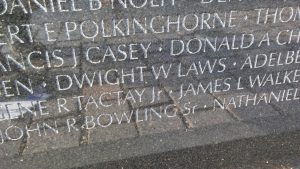 Like my own Greek chorus, as I’m scanning panel 11E130 for Dwight’s name, a family passes by and a kid says “it’s just a bunch of names!” There’s a Vietnam vet volunteer there explaining the war and the wall and the names to people, and I hear him say loudly enough for me to hear a couple of times “just ask if you need any help,” but I didn’t want any help.  And I finally figured out how to find Dwight’s name, and here it is:

After that, it was pretty easy to find Lurch’s name (which was actually Francis, so now we know why your friend went by “Lurch”), and finally Jerry Georges .

And as I’m looking at all these 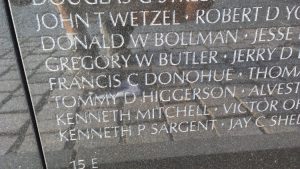 names, and trying very hard to think about Dwight, and Lurch, and Jerry, I still wasn’t making the connection I’d hoped.  It was still just a bunch of names:  fifty-eight thousand, three hundred and seven names of dead Americans.  And then it occurred to me that your name was not on that wall.  There was no Charles Kemp.  It could have been, probably should have been, but it wasn’t there.  And I knew you, very real and alive to me, and Dwight, Lurch, and Jerry were not. 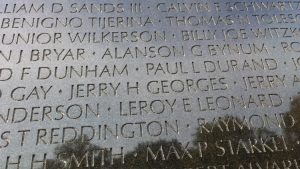 Charles Kemp, father to David, husband and companion, neighbor, citizen. Very real.  Thank you for making the Wall so real to me by being alive.

And now the war is over.

Comments are closed, but trackbacks and pingbacks are open.